It allows the opening of any roof whose opening can be triggered by the activation of a relay (e.g. garage door or portal opening system, ...). 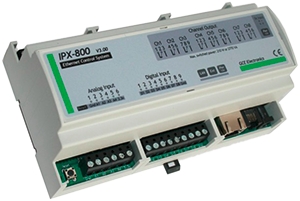 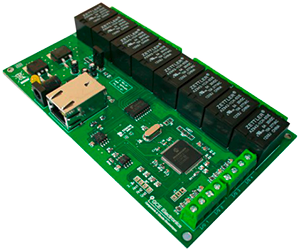 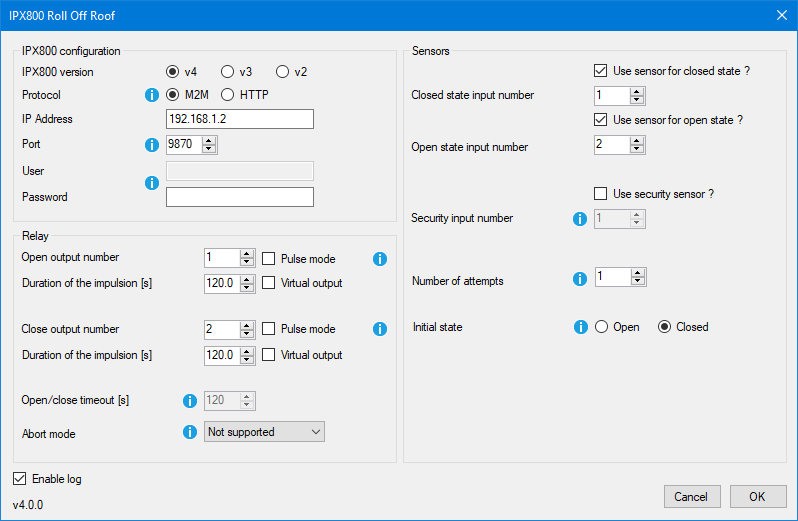 The IPX800 can be controlled using two protocols: M2M (Machine to Machine) or HTTP (equivalent to a control by the web interface).

Note: In case of use of an X880 extension and a firmware version older than v3.05.46 it's recommended to use the HTTP protocol; the extensions do not always react properly to the M2M commands with older version.

IP address and port of the IPX800.

The default port numbers are: 9870 for M2M protocol and 80 for the HTTP protocol.

When using the M2M protocol, the password is only required if the firmware version is 5.3.46 or higher.

These parameters define the behavior of the relay that have to be activated to trigger the opening and closing of the roof.

For each action, "open" and "close", specify the relay number to activate. If configured in pulse mode (from the IPX800 web interface) check the box. If this is not the case it is necessary to indicate the period during which the relay has to be activated.

In the case of an IPX800 v4, it is possible to select a virtual output.

If one of the relays is configured in pulse mode, the time required to open / close the roof must be configured. It is recommended to specify a value slightly higher than the actual duration.

The abort mode allows to configure the behavior of the ASCOM Abort Slew functionality. The role of this function is to interrupt the roof slew. Three values are possible:

Not supported: this is the option to select if your system does not allow interruption. The call of ASCOM AbortSlew function will have no effect.

Open relay: Select this option if the interruption of the roof slew can be done by opening the relay.

Close relay: Select this option if the interruption of the roof slew can be done by closing the relay. This is for example the case for some garage door or portal opening system...

By default, if the status of the driver is on error state, the driver will refuse to execute a closing or opening action.

Enabling this option allows executing the action even if in case of error state.

The driver allows to use sensors (e.g. magnetic sensor) to identify the roof position (open or closed). If you use such detectors, check the boxes and indicate on which entries of IPX800 they are connected.

You can use an entry in the IPX800 as a safety sensor. This can be useful for example to prevent the slew of the roof if the telescope is not at its park position.

This option is useful on systems where the opening/closing is controlled by a pulse (short closure of the relay, which acts as a switch). If the system does not react to the impulsion, it is possible to repeat the operation. After the time required to open/close the roof, if the detector corresponding to the performed action is not enabled, the driver will try again. And if the sensor is still not active after the maximum number of attempts reached the status change to "error."

The initial state allows to specify the roof position at the time of connection. This can be useful if you manually open the roof before connecting to the driver. If a sensor is used, it will always override the state indicated in the configuration.

This software is free, but any donation is welcome